SpReAd The Love – a covetted bookseries

I’ve been pondering all week which book to feature. 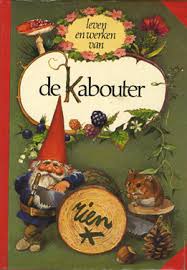 The first one, De Kabouter or Gnomes by Rien Poortvliet and Will Huygen which influenced, me I was first almost embarrased about until I found how other people cherished it. I realized also donating it would be problematic, I couldn’t part with my copy. Since I’m from Belgium I obviously have the non-translated one.

Griekse Mythen en Sagen, Gods and Heroes by Gustav Schwab I would read over and over again is also a hard find. I probably will still pass it on to my niece but given with the Percy Jackson series making those myths easier to read I’m not sure how much they will be loved like I did. That would be my Island book to have.

And then I remembered a covetted bookseries : simple stories with beautiful illustrations a child would get lost in. It’s not surprising how hard it was for me to remember. Children’s books were, well books in general were prized possessions, picture books even more so. Besides Belgium also has a rich comic book culture, and we devoured various series, Asterix and Obelix would be the most well known over here, TinTin wasn’t really on my family’s radar, the memory of reading those are stronger. 🙂

I have three copies of the Tiny series,Tinny would be the english pronounciation, the series of about 60 stories is translated in 15 different languages and in English she’s called Debbie or Emma.

The Belgian series comes translated out of french where she’s known as Martine. The stories are very simple written by francophone Gilbert Delahaye  and beautifully illustrated by Marcel Marlier with big pastel drawings taking up the space of over half the page. My plan is to donate my these cherished copies to my sister who’s name very nearly resembles our heroine.

Below are the three editions that have been gathering dust on my shelf, I did share them with my daughter but alas teaching a secondary language is not an easy task.

here a couple of illustrations :

so reminiscent of a time of innocence.

Classical Literature, Period dramas and historical fiction are my faves. Indie and foreign movies rank high on my list. And that is only the half of it ... oh yes, I am a bit of a music fiend .. END_OF_DOCUMENT_TOKEN_TO_BE_REPLACED
This entry was posted on Friday, March 7th, 2014 at 7:23 pm and posted in Uncategorized. You can follow any responses to this entry through the RSS 2.0 feed.
« Richard Armitage Out – Tom Hiddleston In
Fanvid Friday: I’m Gonna Lose You »

5 responses to “SpReAd The Love – a covetted bookseries”